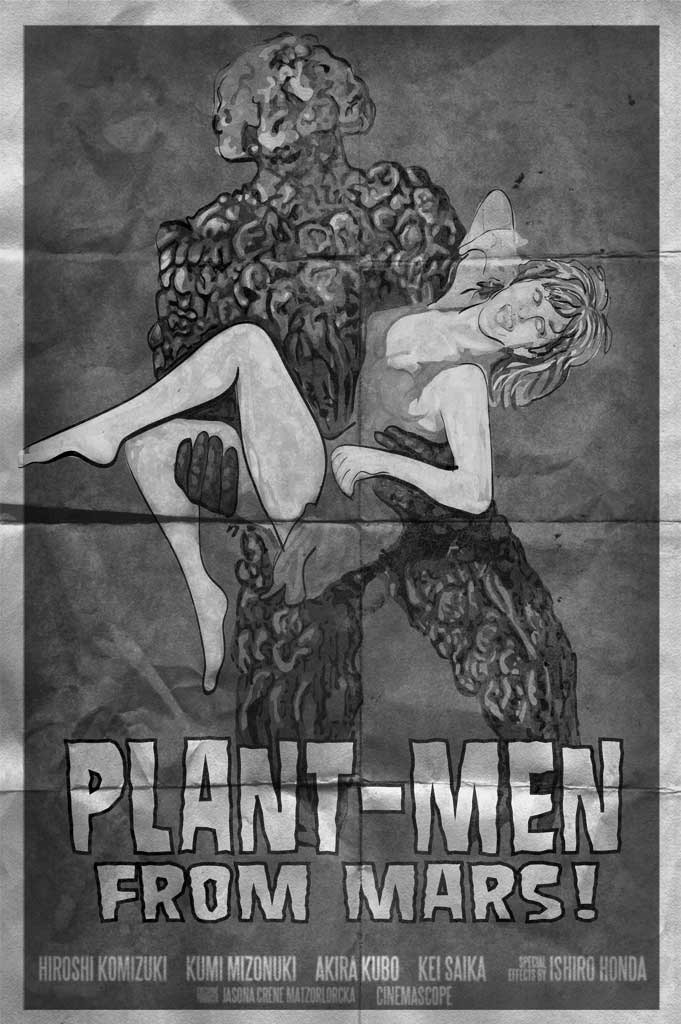 Plants are strange and curious beings. They silently carry on growing about their business, wholly inscrutable. Obdurate. Aloof. To put it simply, plants are like aliens.

They don’t talk? Yet they both lure and repel insects as it suits them. They attract sexual matchmakers to carry their pollen and seeds. How do you accomplish that without communicating?

They don’t move? Yet they climb and dig and stretch and regenerate themselves. They find ways to send their children great distances, even across vast oceans. Plants do indeed move, in mysterious ways.

They don’t think? Yet there is scarcely a more single-minded thing on the planet. They surely seem motivated to grow, and they demonstrate an uncanny intelligence, unconscious and devoid of reason though it may be. They are resourceful, finding for themselves water, nutrients and compatible neighbors and life-partners.

Listen, let’s not get carried away. This isn’t The Secret Life of Plants or anything. If you don’t know, that’s a book from the 70’s notorious for it’s psuedo-scientific theory that we can communicate with plants. The authors hooked plants up to lie detectors in an attempt to read their emotions. That’s all bunk.

And these alien life-forms have a lot going on. You may think botanists have all of this figured out. Surely, scientists have broken the “plant-code.” We know what’s going on, right? We can explain it all. You know, this enzyme combines with that hormone to produce some complicated organic chemistry action.

Surprise. The reality is we can—at best—carry on a conversation with plants at a remedial level. Something along the lines of, “Yo quiero Taco Bell.” There’s more that we don’t know than what we do know.

How are we to overcome this divide? How can we hope to understand these mute aliens that live among us? Research—always more science—is one path. Philosophy is another. (But didn’t we say we would avoid making this boring?) Practical experience—you know, actually getting your hands dirty by gardening in your yard or on your balcony—is perhaps the most accessible and essential way to understand plants. That’s where I hope we end up, but it’s not where we need to begin.

Most plant books are “How-To” books. This isn’t. It’s a Why-To book. It’s a book about ideas. You’re not going to invest your time, money or energy into discovering the power of plants unless you first believe there really is some power behind these aliens—and you desire to have it for yourself.

I’m not going to throw a ton of science and research at you in an attempt to sound smart and thereby prove my points. I’m going to use something far more frivolous, yet a lot more fun: our imaginations. Let’s tell stories and dream up odd little idea-pictures. Let’s look at plants in a whole new way. Let’s find a short-cut.

Listen, it’s obvious and trite to say, “Plants are not like us.” Duh. No kidding. So what?

Here’s how my mind works: normal, obvious and traditional things lead me to dead ends. There no where to go after you say, “Plants aren’t like us.” And my mind wants to go somewhere. It doesn’t like dead ends.

But introduce aliens? Plants are like aliens? Cool. That is not a dead end. That’s like one of those cap guns going off at a track meet. My mind can race along quite happily now. It’s a path I can follow.

And here’s where I go. Ready?

If plants are aliens, they are not invaders. We are. This is their planet, not ours. They were here first.

And these aliens are not the scary, creepy kind. They’re more like ET. They’re nice.

Sure, a few can be deadly. Some may get prickly if you get too close, but the vast majority are stoically servile. They support us. They carry us. Feed us. Breathe life into our lungs. We’d be dead without them.

These alien beings we depend upon are both kind and beautiful. They are also boring and dull. But it’s all just an act. They simply want us to think they’re dumb and pretty. They’re actually up to some pretty big things that could have a huge impact on your community, your life and the entire planet we call earth.

Perhaps you’re already deeply, madly in love with plants. Maybe you’re some kind of plant-whisperer. Boring? Plants aren’t boring! They fascinate you. They aren’t aliens! These are your familiar friends.

You may be thinking, “If this guy finds plants to be so boring and strange, why in the world is he writing a book about them?”

That’s a fair question. Sadly, it has an ugly answer. 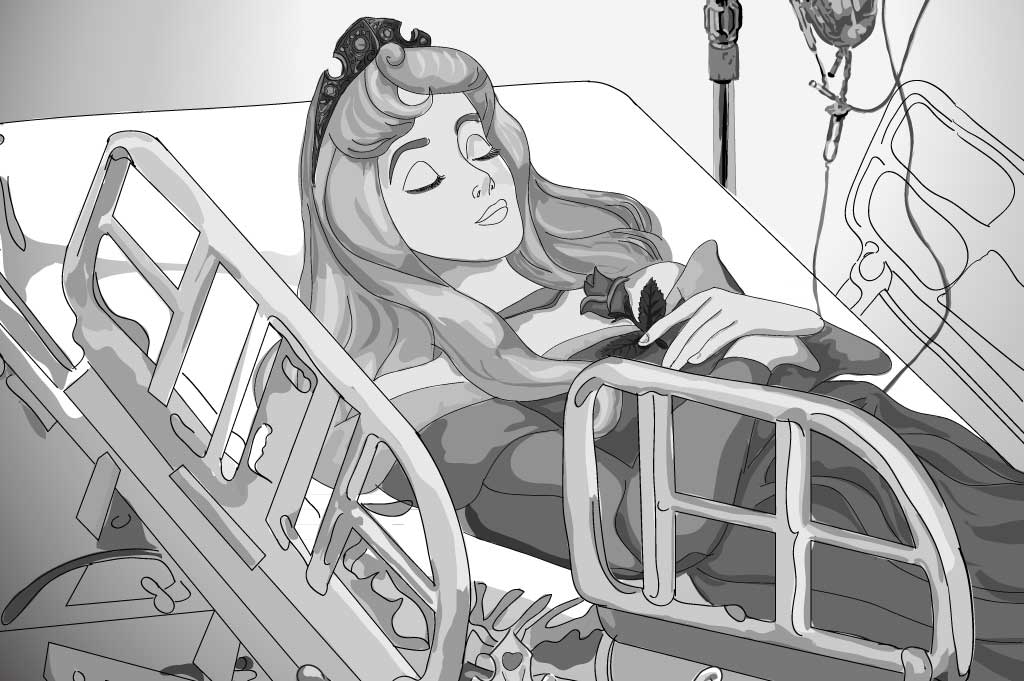 What if Sleeping Beauty never woke up? Nobody would watch that film, no matter how attractive or talented the star actress might be. It would be boring.

Let’s face it: plants are boring too, and in the same exact way that an eternally sleeping beauty is boring.

You walk past a rose bush on your lunch break and you barely notice because it’s not blooming. A week later, you it is. But it hasn’t truly awakened, not like Briar Rose does. Yes, our rose may be more beautiful now, but she’ll never kiss you back.

This is a book I am writing about plants. But plants don’t talk. They don’t move. They don’t think. They are comatose.

Those are some tough handicaps to overcome for our leading lady. This is a problem—a serious problem—you should want resolved. How on earth will we get though a whole book about plants without falling asleep?

Here’s the good news: there’s a whole lot going on that we don’t notice. If we set a camera in front of our rose bush and record one frame every hour and then replay the frames back at 24 frames per second, we would see a much different reality. We would see a dance. The flower breathes as it opens up—not brazenly all at once—but shyly in pulses and waves. It’s sensual.

Here’s some even better news for you: I’m easily bored. Consequently, I may be wrong or silly or offensive—but I’m seldom boring. I’ll feed your brain the entertainment it craves. I will cast plants into unexpected roles, revealing, as the time-lapse trickery does, the power and benefits of plants. I will amuse while forcing you to muse.

There. We’ve dealt with problem number one. Plants are boring, but that’s mostly our own fault. Not to worry, however, we can trick our brains into making plants fascinating and, perhaps, funny.

But our second problem is far more frightening. 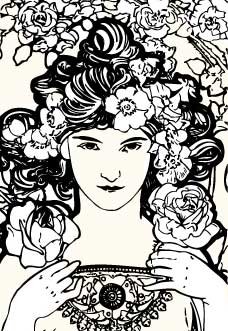 She’s been lying to you. She’s not who she appears to be. How well do you really know her?

What’s the nature of your relationship? Are you lovers or just old friends? Intimate roommates or simply friendly neighbors? Well, no matter. It doesn’t change the truth. She has deceived you.

Didn’t you always suspect she was hiding secrets behind that sweet face of hers? Sure, she’s pretty. I’ll give you that. She’s downright gorgeous, really. But it’s all a façade, a lovely illusion.

There’s a lot more going on.

She distracts you. She flashes her beauty, and you’re dazzled, misled by a false immodesty. Intoxicated, enchanted, you miss what’s happening under the surface.

She is far more than just a pretty face. Do you know what she’s up to when you’re not looking?

Okay, don’t panic. She doesn’t hate you. She’s not betraying you. She’s not evil. In fact, it appears that everything she’s been doing—and it’s a whole lot—is really good stuff. Like “save the world” type of stuff.

Are you ready for this? She’s kind of a superhero—like the mild-mannered reporter nobody suspects is also the guy flying around in a cape, or the ditzy fashion-model who’s actually a devilishly shrewd secret agent.

She has these mysterious—I don’t know what to call them—abilities? Powers? I know that sounds crazy, but it’s true. You haven’t noticed because she’s hidden them extremely well, in plain sight.

This is a book I am writing about plants, which presents us—straightaway—with two big problems.

“Think of the fierce energy concentrated in an acorn!
You bury it in the ground, and it explodes into an oak! Bury a sheep, and nothing happens but decay.”
— George Bernard Shaw 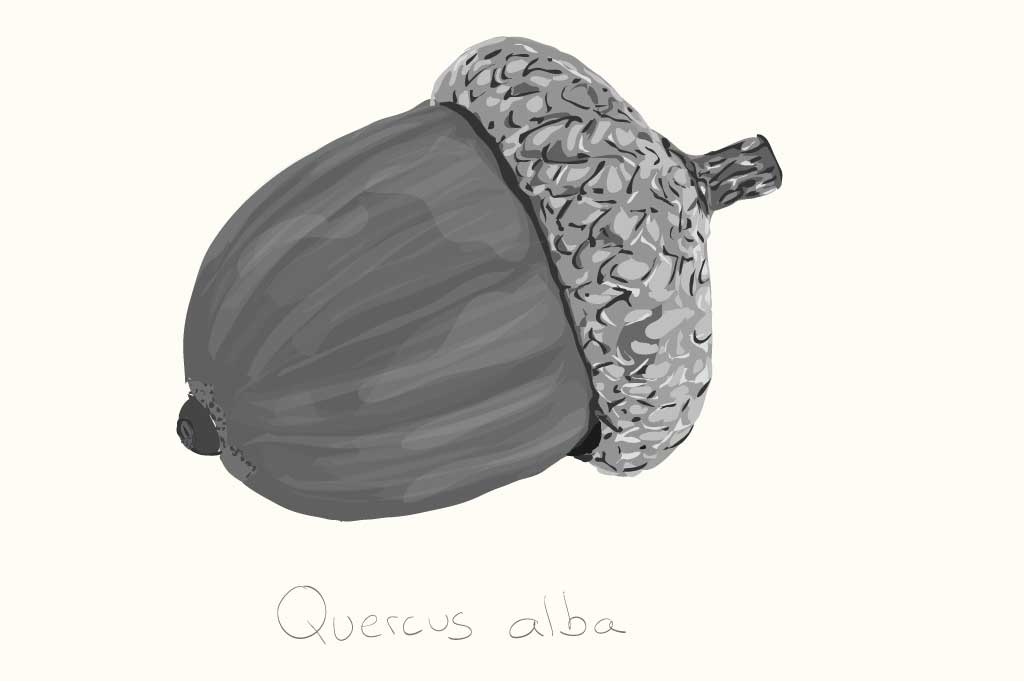